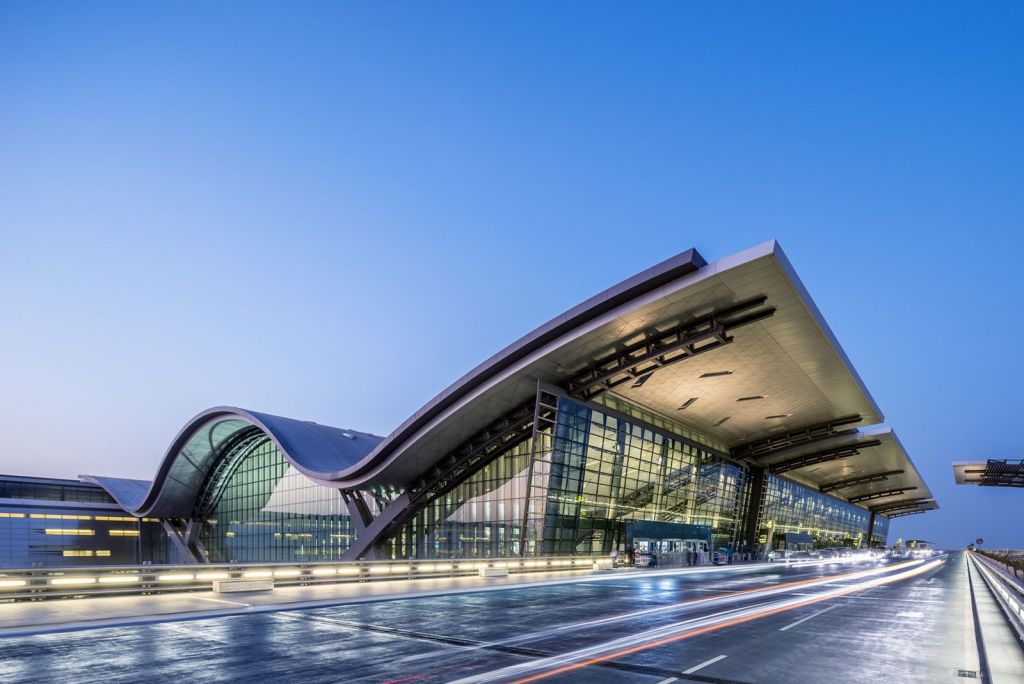 On May 27th, 2021, Hamad International Airport (HIA) marked seven successful years as an award-winning leading global travel hub. Till date, HIA has processed more than 200 million passengers and 13 million tonnes of cargo and is consistently rated as one of the top airports in the world.

By leveraging its geographical location at the crossroads of East and West, and utilising innovative resources to deliver seamless and efficient airport operations, HIA has constantly proven to be the airport-of-choice for global travellers which has been recognised by prestigious industry institutions over the years. Testament to its growth, Qatar’s airport is undertaking a multi-phased expansion to strengthen its position as a global hub, accommodate the growth of Qatar’s national carrier, Qatar Airways. 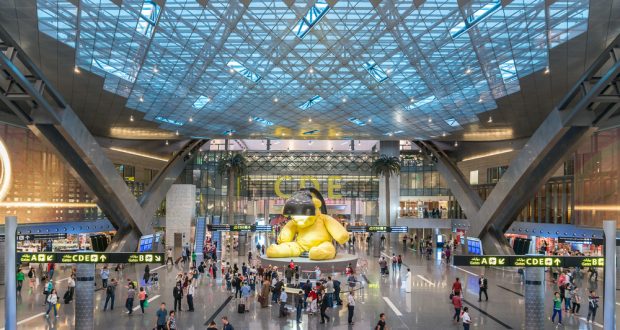 In the last year, HIA has adapted and innovated to meet the challenges posed by the COVID-19 pandemic. The airport’s agile and effective response ensured HIA kept its doors open during the severity of the pandemic, connecting passengers to their homes, all the while maintaining its operational excellence and prioritising the safety and well-being of its staff and passengers.

Owing to the gradual lifting of travel restrictions globally and the reopening of borders around the world, air travel numbers are now slowly increasing. The most significant increase at HIA is in passenger traffic, which observed a 381% increase from April 2020 to April 2021, with 976,292 passengers travelling through Qatar’s airport. In the same period, aircraft movement has seen a 142% increase, with 12,541 aircraft landing at HIA in April this year. Cargo movement has also witnessed a 70% increase in April, with the airport overseeing the movement of 222,339 tonnes of cargo.

This growth is also observed at HIA due to the airport’s welcoming of new airline partners such as Air Canada, Badr Airlines, and Vistara to its network in 2020. With 33 airlines operating at HIA, Qatar’s airport is currently serving 142 destinations.

Qatar Airways also continues to rebuild its network in the aftermath of the pandemic, now flying to over 130 destinations, with the aim to increase to more than 1,200 weekly flights to over 140 destinations by the end of July 2021. The nation’s carrier has also been expanding its codeshare partnership, most recently partnering with JetBlue, Iberia, and LATAM to foster global connectivity and boost air travel.

Commenting on HIA’s anniversary, Qatar Airways Group Chief Executive, His Excellency Mr. Akbar Al Baker, said: “Since commencing its operations seven years ago, Hamad International Airport has been a vital part of the Qatar Airways Group’s growth and success. HIA has continuously set the standard both in our region and globally for providing a seamless and unique travel experience, winning multiple awards including Best Airport in the Middle East for the past six years. Despite all this success in such a short time, we have not rested on our laurels and look forward to unveiling more exceptional attractions once our expansion is completed.”

Engr. Badr Mohammed Al Meer, Chief Operating Officer at Hamad International Airport, stated: “The team at HIA has been working extremely hard over the past seven years to deliver a world-class airport experience for all, which has allowed us to rise in global airport ranks each year. In HIA’s short, yet highly successful lifespan, we have served millions of passengers, as evident in our record. Our solid business continuity plan, teamwork, and relentless efforts allowed us to successfully navigate the unprecedented challenges posed by the pandemic on the aviation industry.

As a result of our adaptive resilience and commitment to service excellence, we remained operational throughout the toughest months of the global crisis to ensure people are united with their loved ones, and essential supplies and cargo are delivered. In addition, our pre-existing business continuity plan ensured that the completion of our expansion project remains unaffected” Engr. Al Meer concluded.

The airport is currently in Phase A of its expansion project, which will be completed in 2022 prior to the FIFA World Cup Qatar 2022™. The first phase is set to increase the terminal’s handling capacity to more than 58 million passengers annually. Phase B will commence after FIFA World Cup Qatar 2022™, and will increase HIA’s capacity to more than 60 million passengers per year. HIA’s expansion aims to elevate its passenger experience through efficient operations such as shortening passengers’ connection times, and by offering new retail and dining experiences through HIA’s partnership with Qatar Duty Free.

HIA’s passenger experience not only remained undisrupted during the pandemic, but was further elevated during the health crisis, reflecting the airport’s understanding of changing passenger needs. The airport swiftly implemented health and safety processes in line with WHO guidelines, and innovative technologies to boost its safe operations. Smart solutions such as Smart Screening Helmets enable contactless temperature measurement, in addition to HIA’s fully autonomous disinfectant robots that have optimised airport operations with their effectiveness in eliminating the majority of infectious microorganisms. HIA’s secure passenger experience is also safeguarded with its UVC disinfection tunnels to decontaminate inbound luggage from arriving passengers, and C2 technology which allows transferring passengers to proceed through security checkpoints without taking out electronic devices from their bags.

As part of its homegrown technologies, HIA’s internal teams developed an automated facial detection system using computer vision and artificial intelligence to ensure the wearing of masks for all its staff. The airport has also deployed touchless capabilities at key touchpoints such as self-check-in, self-bag-drop and terminal elevators. 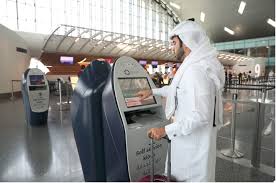 Qatar’s airport has maintained and excelled in its airport operations in the last year, and these achievements have been recognised by leading global institutions. In 2020, HIA became the first airport in the Middle East and Asia to be awarded a 5-Star COVID-19 Airport Safety Rating by Skytrax, proving HIA’s efforts in its rapid adoption of new health and safety measures. HIA is also the first entity in the world to attain independent certification from the British Standards Institution (BSI) for its implementation of COVID-19 Aviation Health Safety Protocols, and one of the first airports in the world to receive the ISO 22301:2012 Business Continuity Management System Certification by BSI, showcasing the resilience of HIA’s airport operations in response to disruptions such as the COVID-19 pandemic.

In 2021, Qatar’s airport was re-granted BSI’s Asset Management System (AMS) ISO 55001:2014 certification. The airport has continued the three-year re-certification since 2018, which is a reflection of HIA’s approach to successful management of its assets and infrastructure. 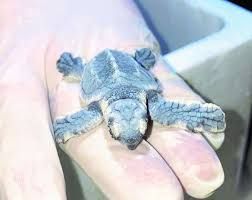 Turtles are endangered on World Environment Day in Qatar

Local produce yards are an opportunity for Qatar's farmers 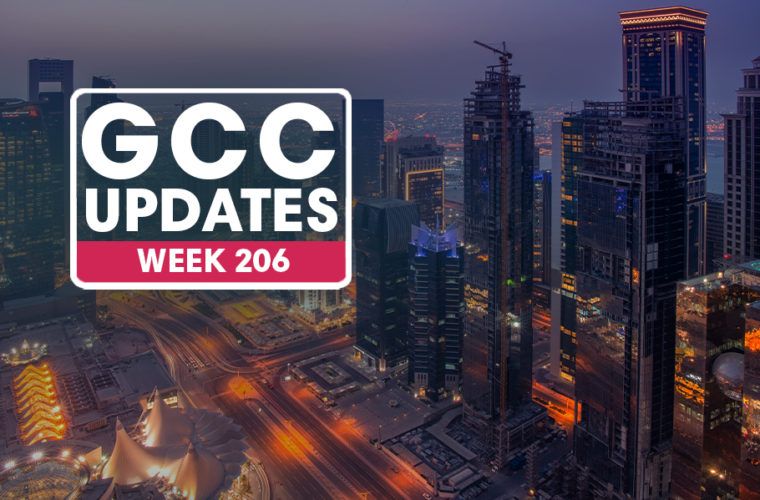 Data about cancer in Qatar to reach a cure