A floating hotel where imagination and technology are in Qatar

You may not imagine the idea of climbing on a floating hotel, but Qatar will offer this hotel that looks like a donut without an expected roundabout during the trip and overlooks the Arabian Gulf Sea with a capacity of 225 rooms and a wonderful sea view. The hotel compared to floating hotels is the benefit it provides, which is generating electricity from water, according to its Turkish design team, "Hayri Atak Architectural Design Studio", or "HAADS", in addition to the feature of collecting and returning rainwater and food waste.

It is mentioned that the hotel is based in the State of Qatar, but with the added mobility feature it can be moved, and work began on it in March 2020, as a future step commensurate with the modern form that envelops the State of Qatar.

If the hotel is completed, it will initially be based in Qatar, however, the project can be located anywhere thanks to its portability, according to the designers. 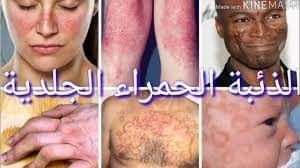 Bronze medal for Qatar in the Tokyo Olympics

Data about cancer in Qatar to reach a cure

Inauguration of the official website of the Reem Reserve

The Consulate General in Switzerland eases Corona procedures for the travel...